POST TOPICS GENERAL IN NATURE RELATED TO UNREAL
Forum rules
Remember our site rules for decency and language. Do not use racial, gender or other unacceptable undertones.
Post Reply
5 posts • Page 1 of 1

Recently, upon Bryan's unearthing of some more old screenshots, I discovered that the screenshots of this map (in attachment) are
in fact the old skytown's. It matches with the old description of skytown having the clock tower (the unused texture sClock is used here from skycity), next the lamp textures, again "unused" all reside in skycity.

The clocktower had obviously the movers on the sClock texture for the clock arrows.

More, the "tarwel" music track that was once uncovered by zynthetic, shows "skytown" as the music title instead of "all hallows sunset" and it does fit this old skytown much more indeed.

It's even possible that the all hallows sunset was from some "sunset" level and had nothing to do whatsoever with skytown until skytown emerged in early '98 or something in the way we know it now.
You do not have the required permissions to view the files attached to this post.
I'm in grave IRL trouble, please donate:

It's a nice find I have to admit that one.

GamesHarder posted some other screenshot elsewhere but I can't actually see the map, if I can confirm that this is the same one.

If he doesn't post "there" could you show that screenshot here as attachment so I know what he's talking about?
I'm in grave IRL trouble, please donate:

He posted it and well this screenshot I have too from that CD Bryan got, except it's of slightly higher quality, but yea both are from the same map, the old skytown.
I'm in grave IRL trouble, please donate:

Here's the same map taken from a little different perspective and the screenshot appeared in a german magazine.

It was posted by GamesHarder originally 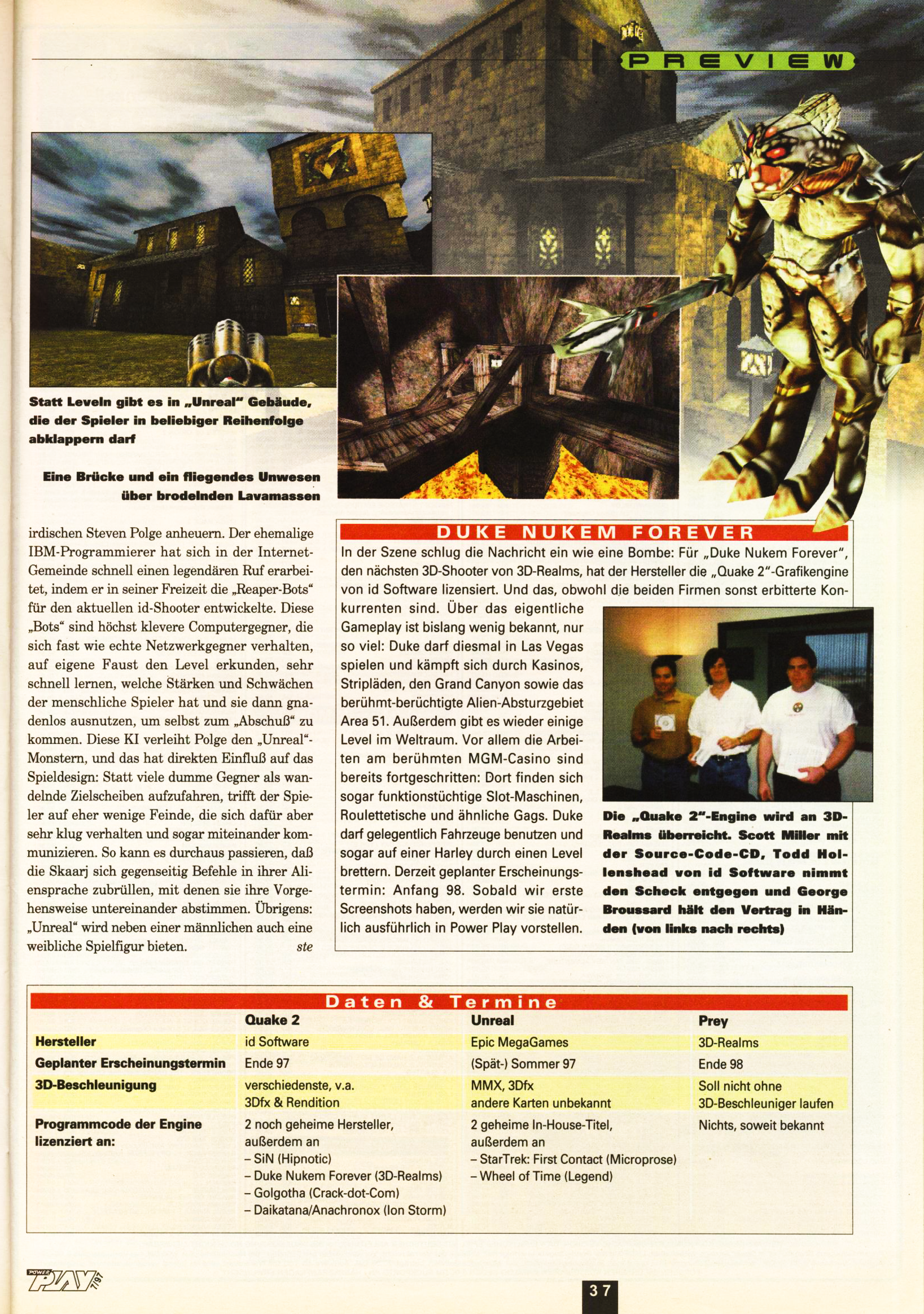 Both top images are in fact skytown while the other image is earlier dig. The krall skin shown is the only one not recovered in any prototype yet but the later 1997 krall was ultimately based off this one.
I'm in grave IRL trouble, please donate: